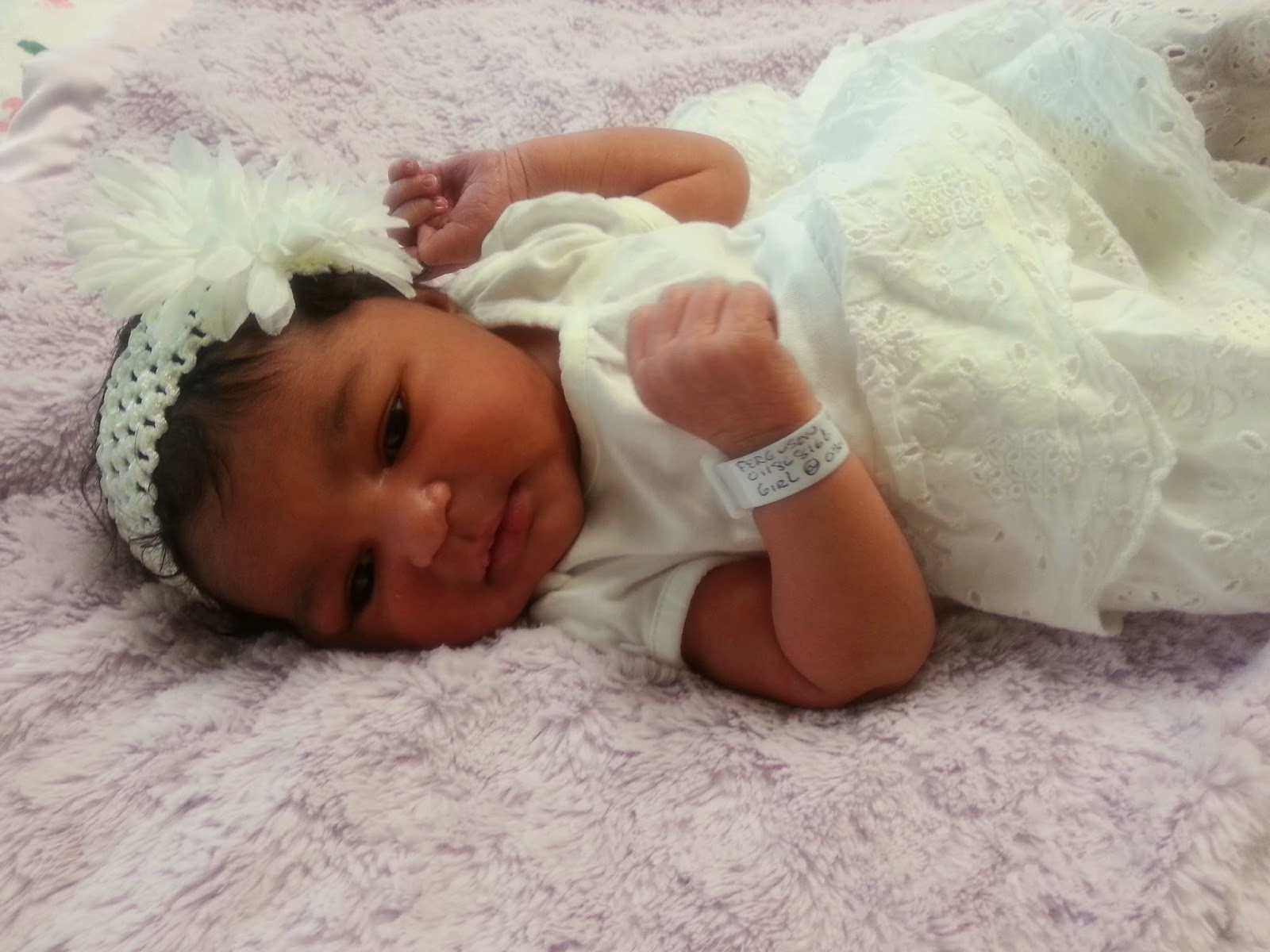 In case you hadn't heard, baby number three is here!  We were able to achieve our completely natural, unmedicated hospital birth as planned...there were a few surprises along the way.  Here's what happened and what you can do to help your chances of going au naturale, should you desire.

I'm notorious for random Braxton Hicks contractions that go nowhere and do nothing, so imagine my surprise when going in for a checkup with the midwife two days before my due date and learning that I was 50% effaced and already dilating.  Anyone who knows anything about childbirth knows that I could be headed to the hospital that very day, or a week later.  Since I'd never showed any early labor progress with previous pregnancies, I was still pretty excited.

Read more »
Posted by Lottie Ferguson at 8:00 AM No comments:

Reading "hospital" and "natural birth" in the same sentence probably seems a bit oxymoronic, but it is possible.  As a first time mom, I had no idea what child birth would be like.  Since I was nearly a week late and growing more impatient by the day, we opted for an induction at a local hospital.  I was given Cervadil and Pitocin to jumpstart labor and it lasted for hours.  Despite my attempts to have a birth free from pain numbing medication, I asked for an epidural after 17 hours of struggling through Pitocin fueled contractions, on the recommendation of my OB/Gyn who threatened a c-section because our baby was stuck.  After over two hours of pushing, she was delivered via vacuum extraction.  I was completely oblivious to the abuse my body had taken until after the epidural wore off.  Induction, epidural and vacuum extraction had left me with a third degree tear, severe back pain for nearly six months, and a huge lump on my daughter's head.  Despite what was in our birth plan, the birth did not go as planned, but the care and compassion shown by the nursing staff, doctors and lactation consultant were amazing and we left two days later a happy little family.

Our second child was delivered in a different hospital; a decision I regret to this very day.  I was lured away from our local hospital by the shiny new building nearly 30 minutes away that promised a higher standard of patient care and the amenities that I thought were necessary to achieve the natural hospital birth we wanted.  This time, I would not be induced.  This time I would avoid all drugs. This time I would get immediate skin-to-skin contact and even more breastfeeding support in a birthing suite that felt more hotel than hospital like.

Upon arrival, the valet parking we expected was not available.  With contractions less than five minutes apart (I'd waited until the last minute possible to avoid intervention), I walked to the labor and delivery unit on my own while my husband parked the car.  Outside the unit, a L & D nurse sat comfortably on a couch, taking her break. She asked if I was in labor.  When I said yes, she pointed me in the direction of the check-in desk and continued to fiddle with her phone.  I could not believe that she did not bother to help or offer me a wheelchair.  By the time I made it to the desk, my husband rushed to my side and annoyingly answered all the questions the triage nurse asked; questions he pointed out that had already been answered on our pre-registration form.  Before taking me to a room, they insisted I had to be checked in the triage area.  My husband helped me walk to the area and undress while they took their time getting an ultrasound cart.  This baby was coming fast and there was no sense of urgency among the staff.

After positioning and dilation checks, they told us I was at 6 cm and should be moved immediately to a delivery room.  Again, no wheelchair.  My husband helped me walk, pushed the IV pole, and carried my bag and clothes down the hall.  I immediately asked to use the Jacuzzi tub, but was instead given fetal monitors and pointed to the bed.  About an hour later, I was checked again and told that I had progressed to 8 cm, and it was suggested that I be given Pitocin to speed up labor.  What the heck for?  I was going lightening speed already, and shook my head no as the nurse approached with the bag of synthetic hormone.  Were they even planning to ask me first?  Then I started asking for drugs.  I knew I didn't want an epidural, so I was thankful that the anesthesiologist was slow.  By the time he arrived it was too late and I told him that he would not be on my Christmas card list that year.

Our daughter was born in two quick pushes and the only request that was fulfilled was that a mirror be in place so I could view the birth.  To speed up delivery of the placenta, I was given a shot of Pitocin before I had time to refuse.  We were moved to yet another room (this time I was wheeled there in bed). Every nurse that visited gave me the "shame on you" speech for skin-to-skin contact.   The lactation consultant never showed up and I was sent home with a backpack loaded with cans of formula even though they knew I was adamant on breastfeeding.  We left feeling disappointed. While I delivered naturally, the experience was less than the stellar one promised during the tour and on hospital advertisements.  The amenities that drew us there were all unavailable on non-existent after we arrived.

At recent a tour of the hospital we delivered our oldest child at, I asked all the questions I should have asked the previous hospital.  Would I be able to use the Jacuzzi whether I had a doctor or midwife? Yes. Is intermittent monitoring possible? Yes.  Would I be given medication without my consent? No. What are policies on skin-to-skin contact? Do I have to be confined to bed? Can I request delayed cord clamping? Can the bath be delayed?  Can I refuse Vitamin K shot and other vaccines? Can we use our own diapers and baby care products? All answered yes.  The touring nurse (who was also the lactation consultant), Rachel, was awesome.  She seemed immediately in tune with the birth experience I was hoping for and gave me suggestions on how to achieve it.

I've learned a lot over the last two birth experiences.  Had a natural birth with an impatient and inattentive staff, and a medicated birth with a staff that was awesome, but would have been even better had I known the right questions to ask.  No matter what the next few week brings, I am certain that we've made the right choice, asked the right questions and received honest answers.  The only thing I'm looking forward to more than meeting our new baby is the experience of what I hope to be a truly fulfilling natural birth in a traditional hospital setting.

Posted by Lottie Ferguson at 8:00 AM 4 comments:

What's In My Hospital Bag?

For the third time in five years, I'm packing my hospital bag in preparation for the birth of our still unnamed daughter.  After each trip to the hospital, I made note of items that I felt were missing and knew that I wanted to make sure was packed for the next birth.  Take a peek at my list, and hopefully it will help you pack a bag that's full of necessities useful for you, your partner and your new baby.

After Baby is Born...
For Me...
Several copies of baby care instructions (Gentle reminder to nurses that baby should room in with me, to use shampoo/body wash/diapers that I provide, no pacifiers, no formula & that Daddy will accompany baby for all tests and other medical procedures)
List of people to call
Nursing Bras & Underpants
Deodorant
Toothpaste & Toothbrush
Lotion
Loose fitting clothes to wear home
Sanitary pads (most hospitals provide these, but I prefer to bring my own)

For Baby...
Car seat
Diapers, wipes, baby wash, shampoo and lotion (most hospitals have these, but I prefer to bring my own all natural products.  This time I'm using products from The Honest Company)
Receiving blankets
Outfit for hospital photos/going home
Booties or socks
Pajamas
Wetbag
Outerwear (as weather dictates) 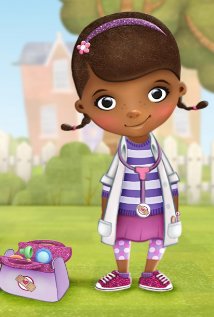 As a mom of two beautiful, curly haired African-American girls, it is sometimes difficult to find ways to help them love their hair when what they see are flowing blonde or brunette locks on television and on their friends' heads at school.  I've even had struggles with learning to love and care for my own mass of coils while growing up.  It's very tempting to use harsh and damaging straightening techniques to make all three of our heads look like what society generally refers to as "beautiful." 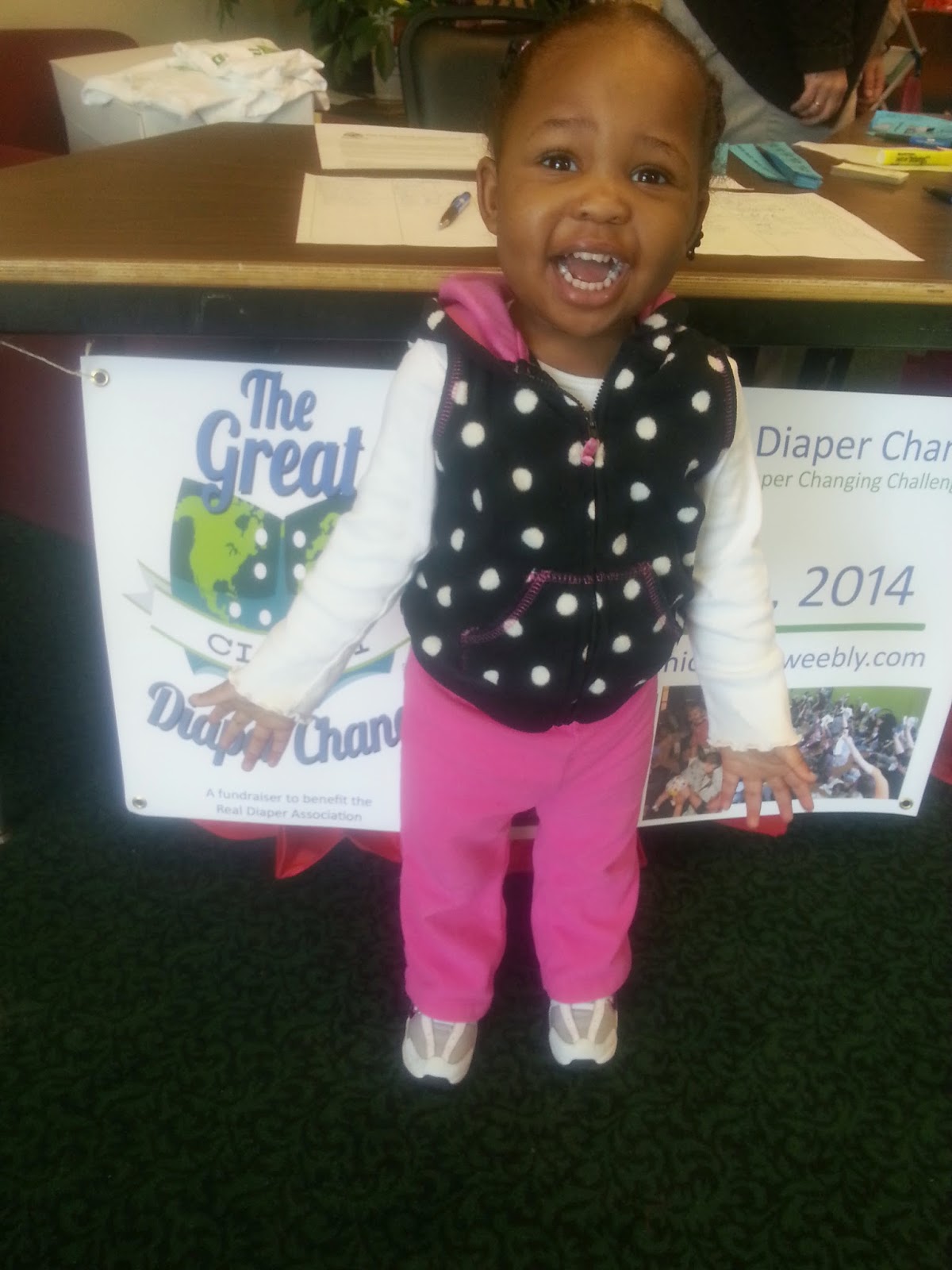 Ava and I were very proud to be among the 33 participants in mid-Michigan's Great Cloth Diaper Change on Saturday, April 26, 2014.  Founded by the Real Diaper Association, the Great Cloth Diaper Change is an annual event that is an opportunity for similarly thinking moms to get together and share their love of cloth diapering and break the Guinness World Record for most cloth diapers changed at one time.  With nearly 300 sites participating world wide, we are all crossing our fingers that last year's record of 8,301 will be broken.

Read more »
Posted by Lottie Ferguson at 12:55 PM No comments: